The role of the Academic Advisory Council is set out along the lines of the order on the framework of the IRSEM. As mentioned, the Academic Advisory Council, “proposes research themes; communicates on the scientific program of the institute and on the outreach and partnership policy; formulates opinions on the scientific quality of work submitted by the Institute management; and is to be consulted for awarding of prizes and research grants”.

According to the ministerial order, the Scientific council is said to gather, “10 qualified individuals recognised for their scientific competencies, appointed by the decision of the Defence Minister, on the proposal of the Director of the institute, for a period of 3 years and renewable once”.

→ See the ministerial order of 01/02/2017  which appoints the following 8 non-resident experts. Following the recent April 2021 amendment, 2 additional members will be appointed soon: 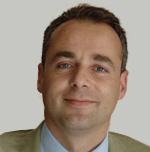 Professor Boulanger holds a “agrégation”, France’s highest Diploma of Education, as well as a PhD in Geography. He is currently teaching at Sorbonne University and is a member of the Administration Council of the Société de Géographie in Paris. He has previously participated in the 47th session of the "Armament and Economy of Defence" program at the IHEDN. Furthermore, he has subsequently held academic positions, such as Director of the Geography Department of University Paris-4 Sorbonne in Abu Dhabi (2006-2009), Associate Professor at Sorbonne University (2000-2010) and member of the National Council of Universities (2003-2007).  Professor Boulanger also teaches a seminar on military geography, in which he specialises in, at the Department of Geography at the Ecole Normale Supérieure in Paris.

Dean of the Sciences Po University College, Professor at PSIA (Paris School of International Affairs), Director of Research at the FNSP (CERI), founding member of ESDI (European Science Diplomacy Initiative), member of the scientific councils of IHEDN (Institut des Hautes Etudes de Défense Nationale) and EURICS (European Institute of China Studies), and Vice President of ECLS (EU-China Law Studies Association). Formerly in charge of the research program "Law, Justice and Society in China", Stéphanie Balme was an associate researcher at the IHEJ (Institut des Hautes Etudes sur la Justice). She was on mission for Sciences Po at the Chinese University of Hong Kong (2003-2006) and then in Beijing (Tsinghua University, Faculty of Law 2006-2012). She has also been the China delegate for the Oeuvre d'Adoption de Médecins du Monde (1996-1998), in charge of the office of the Fondation pour le droit continental (Civil Law Initiative 2010-2011) and attaché for academic and scientific cooperation at the French Embassy in Beijing (2017-2018). Stéphanie Balme is currently working on the affirmation of China as a scientific power, on scientific diplomacy, on the relations between the European Union, China and the United States, and on the contribution of social sciences to the development of AI. 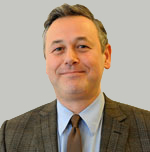 Professor Olivier Forcade holds an agrégation and a doctorate in history, and is a university professor and vice-president of the University of Paris-4 Sorbonne. Previously lecturer and then professor at the University of Picardie Jules Verne (2002-2008), lecturer at Sciences Po (1993-2005) and professor at the Saint-Cyr military academy (1991-2002), he works on the contemporary history of international relations, and of intelligence in particular. A former member of the Scientific Council for Historical Research in Defense and of the 1914-1918 Centennial Mission, he was awarded the Bronze Medal of National Defense and is a Chevalier des Palmes Académiques. 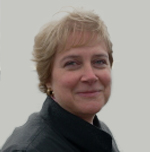 A historian by training, Professor Heuser holds a PhD in political science from Oxford University and a PhD from the University of Marburg. She is Professor and Chair of International Relations at the University of Reading in the UK. Previously Director of Research at the German Historical Defense Service in Potsdam (Militärgeschichtliches Forschungsamt), Professor of Strategic Studies at the Department of War Studies at King's College London (1991-2003), she has also worked for the Royal Institute of International Affairs (RUSI), the French and British Ministries of Defense and the European Commission. 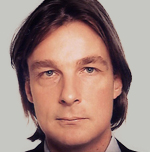 Olivier Schmitt is Professor of Political Science at the Center for War Studies, University of Southern Denmark. He is a founding member of the Association for the Study of War and Strategy (AEGES), of which he was vice-president and scientific director, and a member of the European Initiative for Security Studies (EISS). A reserve officer in the French Navy, he has worked for two think tanks: the Geneva Centre for the Democratic Control of Armed Forces (DCAF) and the International Institute for Strategic Studies (IISS). His research interests include strategic and security studies, multilateral military cooperation, comparative defense policy, arms control, the changing nature of war, influence and propaganda, and extreme right-wing ideologies. His main research project is entitled "Transforming Armed Forces in the 21st Century" funded by the Carlsberg Foundation and the Gerda Henkel Foundation. He is the author of La RFA et la Politique Européenne de Sécurité et de Défense (L'Harmattan, 2009) and Allies that Count. Junior Partners in Coalition Warfare (Georgetown University Press, 2018). He has published in International Affairs, European Journal of International Relations, Contemporary Security Policy, Cooperation and Conflict, Journal of Strategic Studies, International Politics Reviews, European Security, Revue Française de Science Politique.

Catherine Tessier is a senior researcher at ONERA, in the Information Processing and Systems Department in Toulouse, and the scientific integrity and research ethics referent for ONERA. She obtained her PhD in 1988 and her habilitation to direct research in 1999. She is also a Professor at ISAE-SUPAERO. Her research interests include the sharing of operator-machine authority in "autonomous" systems, the formal modeling of ethical frameworks, and ethical issues related to the use of robots. She is a member of the Commission de réflexion sur l'éthique de la recherche en sciences et technologies du numérique of the Allistene alliance (CERNA) and of the Comité opérationnel des risques légaux et éthiques d'Inria (COERLE).

Anne-Marie Tournepiche is a professor of public law at the University of Bordeaux since 2011. Her research fields are mainly international and European law, in particular refugee law and armed conflicts. 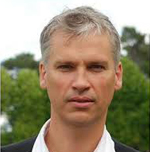 Doctorate in social sciences with a major in ethnology and is a lecturer in sociology at the Ecoles militaires de Saint-Cyr, director of the sociology department, and a researcher at the Centre interdisciplinaire d'analyse des processus humains et sociaux at the University of Rennes-2. He is the head of Working Group 05 "Armed Forces and Societies" of the International Association of French-speaking Sociologists and a member of the board of the Thematic Network 08 "Sociology of the Military: Security, Armies and Society" of the French Sociology Association.